Why we should care about inclusion.

I started working on design projects some four years ago when I decided to switch from engineering. Back then it was all academic and public projects, now I’ve moved on to a professional setting with an official title: UX Researcher. And thorough all of that, inclusion is a topic that underlines most of what I do, but addressing it is never without complications.

Accessibility is perhaps the clearest articulation of inclusion initiatives. I’m not yet sure we live in a world where it is a universally-agreed-upon good but we seem to be moving towards it. Designers constantly remark that accessibility is not just for people with disabilities, yet we cannot forget that they brought it to the forefront and the association is justified. But I’m talking about a sort of second layer, or next frontier that lies beyond our popular understanding of inclusion through accessibility.

We have ramps at the movie theaters hooray. But, why are all the wheelchair-accessible seats in the front row? Have you tried watching a movie like that?

It was when I was first moving into the design space that I got to witness my first in-team fight over inclusion. A colleague was arguing about including a particular underserved sector within our purview since we knew them to be a notable section of our users. Even after a lengthy discussion, our project manager ultimately disagreed, citing utility and practicality concerns. Although I agreed with my colleague, I said nothing. “You can’t ask others to do what YOU think is right”i, one of my favorite movie quotes. You can’t expect the world to accommodate to your version of justice, but so often you are in a position where what you can do by yourself seems negligible. There are bosses and clients and budgets and timelines one is subject to.

We are fortunate to have more and more clients that care about accessibility. In those cases, nobody would dare argue against bringing people with disabilities into our focus, for them to voice their needs. I’m not talking about those projects. I’m talking about other little mischievous places where exclusion still hides. It would do us all well to remember that the “U” in UX stands for user, and design thinking invites us to start by empathizing. The underside of that is that we hold the keys, we decide WHO is worth empathizing with the moment we create user profiles, recruit interviewees or even collect web reviews.

Why did we only consult with experts and not patients for our healthcare app? Isn’t it weird that all of our participants are male? Why did our face recognition software consistently fail with black people?

Things that would seem mere products of oversight, that fell through the cracks because nobody was aware there were cracks. Oh, but then someone points them out and suddenly the battle is ON. No time, no money, not a priority, not a majority. That last one is especially cruel when it comes to minority groups. Alas, making that remark never works. What does? I’m not yet sure, I’m trying to find out myself, having lost many battles since that first one. Let’s go through some possibilities, some answers to why we should care about:

#1 Because it is the right thing to do

Of course, it is the right thing to do! Nobody is against that, we want women in the workplace, children to be heard, LGBTQ+ people to be accepted, how could you dare suggest otherwise. It’s just that, well, we don’t have the resources yet, you know? We are working towards that inclusion but to bring it on this soon would do us more damage than good.

Fair. An elevator with buttons within the reach of a wheelchair user serves little purpose if only stairs lead to it. And yet, perhaps we would never be discussing such elevators if people with disabilities only went as far as accessibility allowances permitted them (don’t try to counter this last part, the argument falls into a never-ending loop).

#2 Because there’s money in it

Huh...To my chagrin, I recognize we move in a capitalist world and profit is rarely a bad argument.

A lot of marginalized people have found ways to survive, even thrive outside these profit-based systems and tying them back should not be taken lightly. It certainly should not be the driving force for inclusion. Yet sometimes it is a solid one, as Subaru found almost by accidentii, and became known as cars for lesbians. But playing the numbers game is dangerous. A mentor of mine once tried to convince a major pharmaceutical company to put braille on their packaging. With our then-census putting blind people at around one million, a lot of them not knowing braille, and a lot of those who did being outside the reach of said company’s stores, well, they refused. 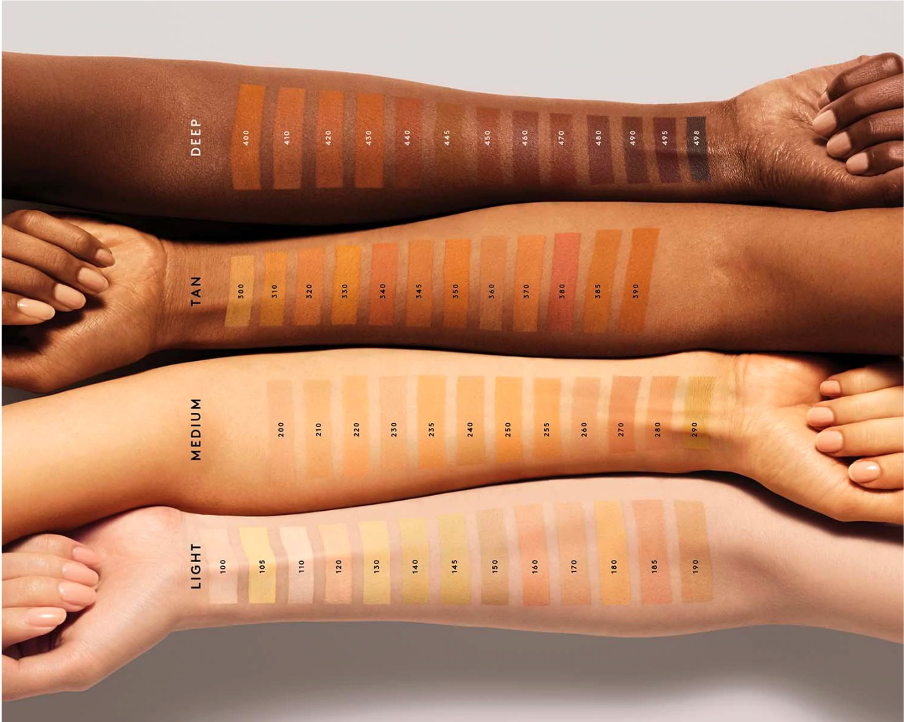 Propelled by Rihanna, Fenty Beauty quickly positioned itself as a major player in the skincare industry. Big part of its success was tending to the often-overlooked demographic of people with dark skin tones, offering an extensive color palette, and pushing competitors to do the sameiii (Image credit: https://fentybeauty.com/ )

Whoa, coming to extreme measures, are we?

This can take many forms, from telling your boss’s boss to calling on the legal regulation if there’s one in place. Actually, that last part is great, do it. I mean, be strategic about it. I do believe most of us aren’t intentionally outwardly exclusionary, it’s more of a product of our conditioning, very effective at inviting hiddenness. But if the way to open that dialogue is through confrontation, it’s unlikely we’ll concede. Whistleblower is still far from being a prestigious title. Perhaps it is not that you’re threatening legal action on anyone as much as you found a breach of compliance that it would be in everyone’s best interest to address. Now, as I said, if there is regulation in place, and so often there isn’t.

#4 Because we’ll learn something new!

Yes. No. Maybe. I don’t know. Can you repeat the question?

I mean, chances are that you will, but I wouldn’t bank on it. I suppose it is impossible to listen to someone that is rarely listened to and not come away with newfound knowledge. The thing is, sometimes that knowledge is that the particular circumstances under our scope are no different from what we already knew. I once ran a study prepared to find gender-related differences and instead I found age to be a more impactful factor, one I had almost forgotten to account for.

I feel perhaps a bit iffy about valuing the experience of others through the lens of our own self-actualization. It should be valuable on its own, whether we can extract serviceable knowledge from it or not. Maybe we won’t learn things we don’t know, but unless we ask, we will never be sure if we could have.

#5 Because diversity is inherently good

This is the bush we’ve been beating around, isn’t it? It is also the hardest to argue for.

I believe the world becomes a better place the more we can include, no, integrate our differences. I say integrate because sometimes we seem to understand the inclusion of diversity as pure superficial representation and not the systemic change it ought to be. But I recognize the path I took to come to believe this is one of many. I can’t usher much less push people along it. Plus, it is not something that can be covered over a single conversation, lengthy as it may be. It is a whole process. I’m not sure it ever ends. The wonderful thing is that it can begin anywhere.

Now we are pulling all the stops.

In preparing this, I reached out to that colleague, now a friend, that gave me that first experience of these discussions and I couldn’t be more thankful. Turns out she always knew she was on the losing side of the argument, but she also knew our space was one where she could safely voice her disagreement. That may be the take away I go with.

I have been looking at it all wrong, it was never about winning those arguments in favor of inclusion, but planting the seeds for it to germinate. A lot of us are not working in environments where we are safe to raise these concerns, to ask these questions. In those cases, points 2 and 4 are always useful, for money and knowledge are never outside a company’s interests.

But if we find ourselves in environments where we could go through the whole list and beyond, we should always raise our concerns, not based on whether we can bring others on board or not, but that merely the act of doing it sets the foundations of that change we want to see. I come back to that movie quote, and point 4, it’s likely we are never alone in our idea of what is right, but if we don’t voice it, how will we know?